Public (Ab)Uses of the Early Middle Ages: Then and Now – Networks and Neighbours 5

**Due to the global pandemic and especially the situation here in New York, this event is cancelled until further notice. Be well and stay safe everyone. Best wishes from N&N.

Co-organized by Networks and Neighbours and the School of Liberal Arts, Mercy College, in association with Punctum Books.

Networks and Neighbours (N&N) is pleased to announce, and welcome you to, its fifth major international conference on the Early Middle Ages! We are particularly excited to be running this milestone event in partnership with Mercy College in Manhattan and in association with our longtime open-access partner, publisher, and intellectual colleague Punctum Books. Reflective of N&N’s new grounding in New York, N&N 5 will be the second N&N international research event and the first major N&N conference to be held in New York City.

The lectures, prepared responses, formal discussions and informal conversations, the research of the conference, will explore the public “uses and abuses” of the early middle ages, at any time, from that of contemporary early medieval authors, builders, scribes, artists, etc. all the way to modern and twenty-first-century scholarship, literature, political engagements, etc. The boundaries of the conference are flexible; they will be narrowed as the program selection and formation process progresses.

More information will be announced after the completion of the 2019 research events. Feel free to write to us with questions at anytime: networksandneighbours@gmail.com.

Coinage and Economy of the Early Medieval Mediterranean:
A Colloquium

This international, interdisciplinary Networks and Neighbours (N&N) colloquium, supported generously by The Gladys Krieble Delmas Foundation, is the result of collaboration between Visigothic scholars in the US and the American Numismatic Society (ANS).

The ANS collection of Visigothic coins is the largest in the world, comprised of over 900 imitative, pseudo-imperial and Visigothic gold pieces. This colloquium gathers scholars to NYC to work together for a few days with the renowned ANS collection and address questions relating to the currency. Speakers and guests will consider problems of materiality, identity, images and art, economy, minting, metallurgy and mining, as well as pertinent political, religious and cultural matters of Iberia and the broader Mediterranean economy in the Visigothic period.

The aim of the colloquium is to generate new conversations on the numismatic evidence of the early middle ages and especially of Visigothic Iberia across disciplines and from a diverse, international perspective. From that, we, as scholars of the period, can collectively work to elicit fresh analyses and historiographies which highlight the coins, economy, imagery, minting and associated archeological finds. The colloquium, as with all N&N events, is entirely fees-free and open to all.

For further information about the event and to register interest, please see the Call for Participation on the colloquium’s website (www.visigothiccoins.org).

Practices of Knowledge Selection (PoKS) is a two-part international research event focusing on the codicology of early medieval manuscripts. The first meeting will be a selective workshop of scholars whose complementing expertise will represent the range of PoKS’s enquiry and will establish the foundation for the topics of the inclusive conference in late Spring 2019. Both events will be held at UCD and will be free, no-fees and open to all.

The lectures, prepared responses, formal discussions and informal conversations, the research of the conference, will explore the public “uses and abuses” of the early middle ages, at any time, from that of contemporary early medieval authors, builders, scribes, artists, etc. all the way to modern and twenty-first-century scholarship, literature, political engagements, etc. The boundaries of the conference are flexible; they will be narrowed as the program selection and formation process progresses.

Co-organized by Networks of Knowledge & Networks & Neighbours, and supported by the Netherlands Organisation for Scientific Research

Social and Intellectual Networking in the Early Middle Ages

Networks of Knowledge (NoK) & Networks and Neighbours (N&N) are two projects dedicated to interrogating social, political and intellectual connectivity, competition and communication between persons, places and things in Late Antiquity and the Early Middle Ages. We are excited to announce that we have come together to bring you an international, interdisciplinary conference on social and intellectual networking in the Early Middle Ages.

The conference aims to explore the existence, performance and sustainability of diverse scholarly, intellectual, social and material networks in early medieval worlds. We will engage manuscripts, artefacts and theories over several panels framed by two categories: people and history & ideas and society. The first references networks of scholars, thinkers, writers, and the social and political histories related to their productions. The second imagines the transmission of ‘knowledge’, as information, as rhetoric, as object, and as epistemic grounding. In addition, we will have a dedicated panel for interrogating the applicability of social network theory for early medieval studies. 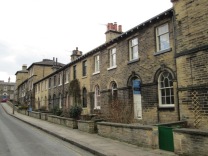 The third N&N international symposium was dedicated to re-interrogating the history of Late Antiquity and the Early Middle Ages. The symposium’s topics were: Cultural Memory; Western Knowledge of the East; Non-Human Agents; and, Circulation and Renewal.

The 2014 Symposium was a two-day event that brought together scholars from around the world to present on and discuss the writing, thinking, reading and representations of existence, meaning, thought, love, art, being, politics – in short, life – in what is tenuously defined as the early Middle Ages in Europe and the broader Mediterranean. Topics ranged from ontological mathematics, geo-physical interpretations of hagiographies and philosophies of archaeometry to more established historical problems of texts, manuscripts and also philological findings.

Networks and Neighbours I

Organised by N&N and supported by the University of Leeds (UK), the Royal Historical Society, and HERA (Humanities in the European Research Area)

The inaugural N&N Symposium was dedicated to the topic of ‘Early Medieval Correlations’. The purpose was to promote not only the study of how people and communities interacted within and without their own world and localities in the Early Middle Ages, but also to promote the study of Early Medieval networks by an international, multilingual collaboration of scholars.

Masterclass on the Chronicles of ‘Fredegar’

Organised by Networks and Neighbours and supported by the School of History, University of Leeds (UK), and the Institute for Medieval Studies

This Masterclass on the Chronicles of the eponymous, mysterious ‘Fredegar’.  The class was be led by two of the world’s most recognised and leading experts on Fredegar and in early medieval studies: Professors Paul Fouracre and Roger Collins.

The class ran over the course of two evenings in the special collections of the University of Leeds. On Tuesday the 26th, Professor Fouracre discussed the relationship of Fredegar to events in Italy, to its early medieval histioriography and notably Paul the Deacon.  The following night Professor Collins spoke about the transmission of Fredegar manuscripts and the problems of editing the Historia vel Gesta Francorum, revised versions of which he was then preparing for the MGH.

The class participation included other leading scholars in the field, as well as postgraduate researchers with expertise on and interests in Fredegar across a wide-array of historical discourses and methodologies. The aim was to develop a novel, engaging and emergent discourse on the complexities of the Chronicles and their supposed author(s) Fredegar, in particular amongst postgraduates and young scholars.

The masterclass, like all N&N events since, was free and open to all.